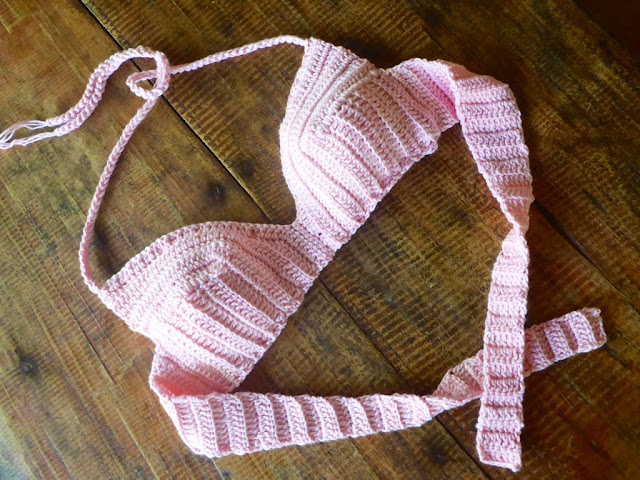 Because I don’t like wearing a bra under crocheted garments, I thought of making pockets in crocheted bras as well as crocheted tops and dresses where bra inserts or pads may be placed. I also decided to crochet the bra inserts because they are very difficult to find the in the shops.

I started with an experiment with a sleeveless motif top. I thought of making bra cups and sew them to the inside of the garment (below photo). 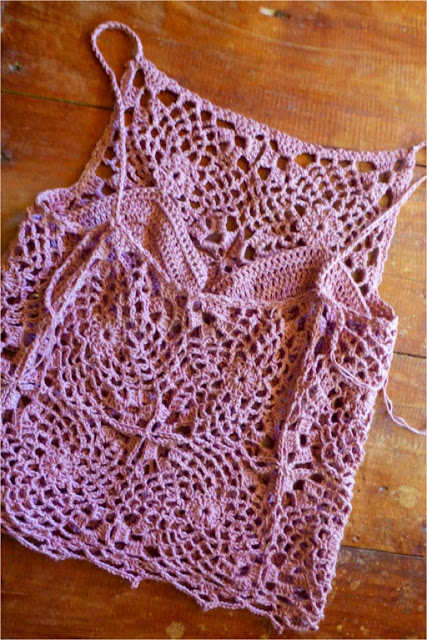 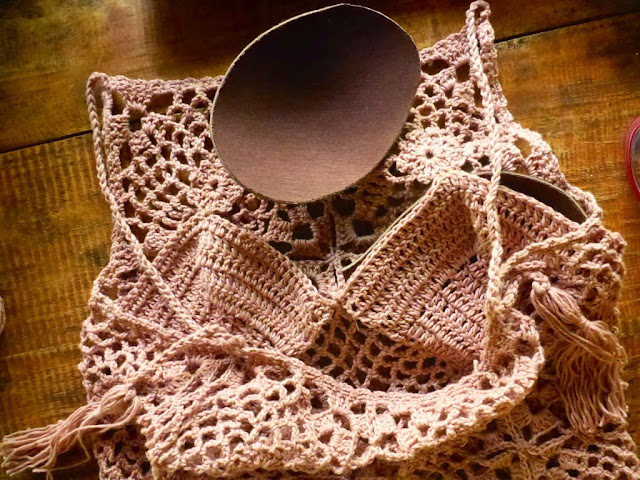 So I decided to crochet a bra cup and sew that to the bra inserts and then sew the covered bra inserts to the garment, photos below. 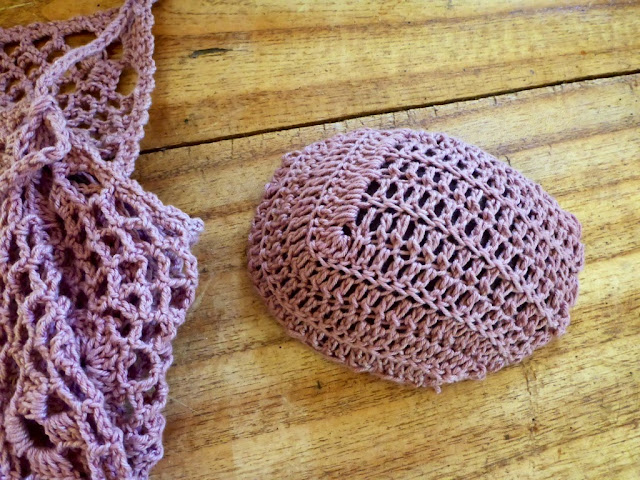 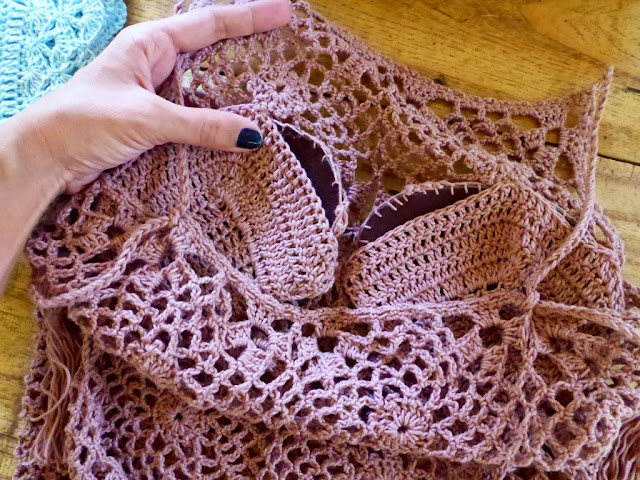 Today, I crocheted another bra following this quick and easy bra pattern. Then I decided to make my own bra inserts. I want removable bra inserts. So I made a second bra cup and sewed that to the underside of the bra with a gap where the bra inserts can be inserted.

Below are the photos showing the bra pattern and the process.

I made another bra in beige colour. But this time I didn’t want to tie at the neck so I used a button so that the halter strap can be adjusted to fit. Progress photos below. 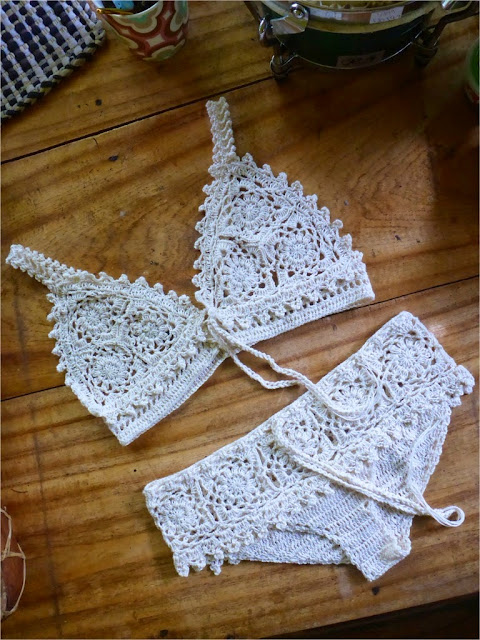 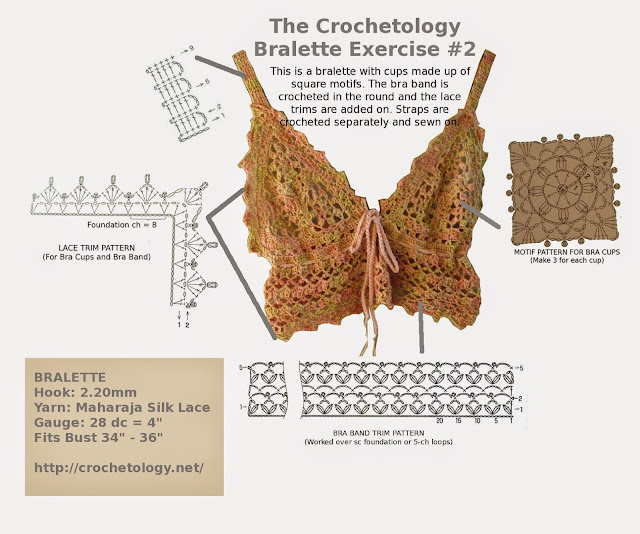 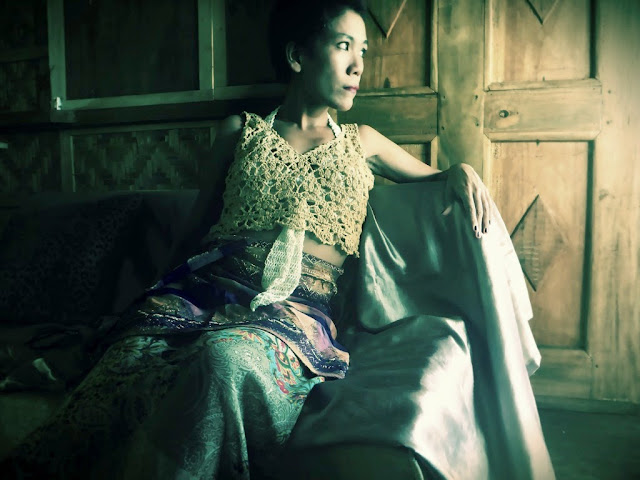 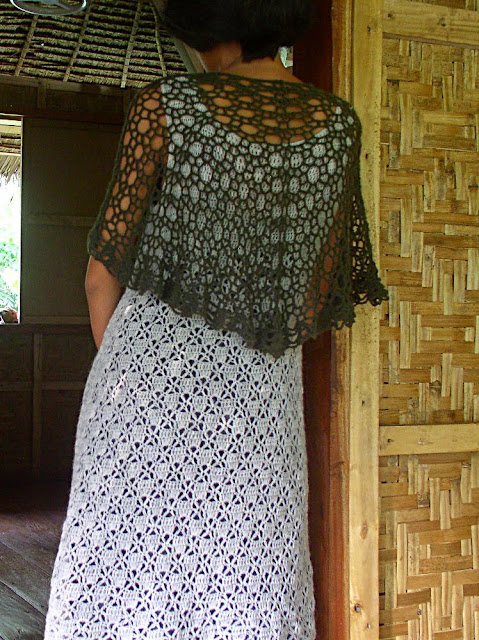 Fatima
Baclayon, Bohol, Philippines
I am an artist, writer and farmer who enjoys the extraordinary company of pigs.